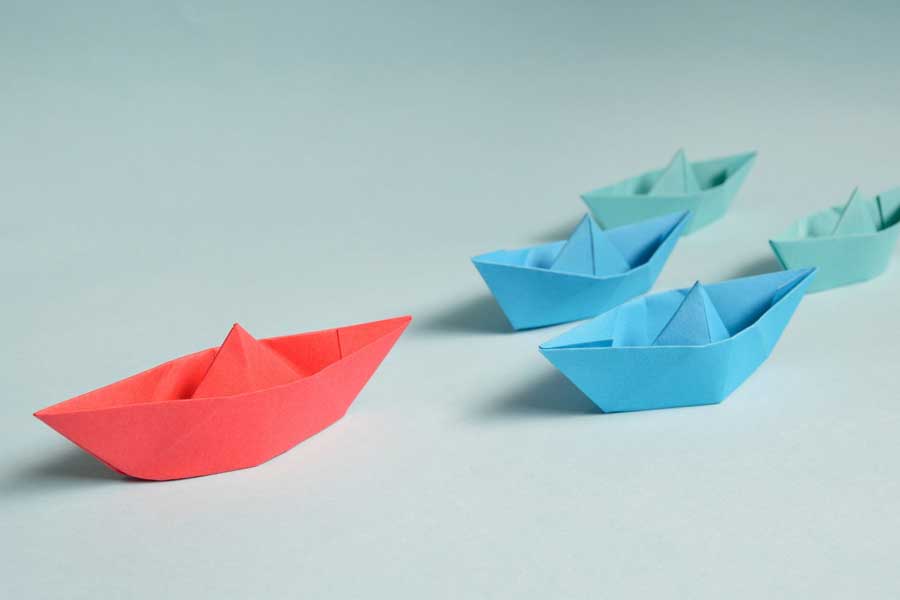 Paper money is so 2015. Just pull out your phone and click to pay. But which app should you use? You don’t need to carry a bulky wallet filled with numerous credit and loyalty cards or cash. With a mobile wallet, you simply use your smartphone to pay for transactions. Most electronic wallets are free.

To begin using this method of payment, you simply download an app on your smartphone. Many of these apps, such as Apple Pay, Google Pay, and Samsung Pay, are becoming increasingly popular and compatible with many merchant card readers, credit cards and banks.

Google Pay, Apple Pay and Samsung Pay are three of the most well-known mobile wallets available. Aside from the differences in mobile platforms, there are advantages and limitations to each option.

“With Google Pay, it’ll be easier for you to use the payment information saved to your Google Account so you can speed through checkout with peace of mind. Over the coming weeks, you’ll see Google Pay online, in-store and across Google products as well as when you’re paying friends,” said Pali Bhat, Google vice president of product management and CEO of Google Payment Corp.

As with prior iterations of Google’s payment products, consumers can add most credit, debit and gift cards to the application. You can store all of your loyalty cards as well, helping you maintain reward points.

In-store, Google Pay uses near field communication technology (NFC). NFC allows you to transmit your credit card information between your mobile phone and the card reader. If the store has a compatible card reader and accepts Google Pay, you simply hold your phone to the card reader while the phone is open.

At the time this article was published, there is no fingerprint authentication required with this application. Purchases can be verified with a security code Google sends to the user. Google says it won’t charge transaction fees for purchases made with Google Pay.

Credit, debit, gift, or loyalty cards previously added by consumers to Android Pay or Google Wallet will operate as usual and don’t need to be re-added to Google Pay, and consumers don’t need to add another app to use Google Pay. For users who already have Google payment apps, the only change is the automatic device update to reflect the Google Pay name.

And if your phone is lost or stolen, you can easily lock the phone, create a new password or completely wipe all financial information until the phone is recovered.

Apple Pay offers a similarly easy, secure, and private electronic payment service using iPhone, iPad, Apple Watch, and Mac. In addition to an Apple device, all that’s needed is the latest version of iOs, watchOS or MacOS, Apple’s Wallet app, and an Apple ID signed in to iCloud.

You can start using Apple Pay as soon as you add your credit, debit or prepaid card to Wallet on any device that you want to use with Apple Pay. Apple Pay is compatible with most credit cards and U.S. banks.

When you make a purchase using Apple Pay, your receipts are kept in your Wallet app, but the transaction information is not stored elsewhere. Every transaction made on your iPhone, iPad or Mac requires authentication with Face ID, Touch ID or your passcode. Your Apple Watch is protected by its unique passcode.

If your Apple device is lost or stolen, you can suspend or permanently remove the ability to pay from that device.

When you make an in-store purchase, card numbers and identity credentials aren’t shared with merchants, and your actual card numbers aren’t stored on the Apple device or on Apple servers either.

For online purchases, merchants only receive information that you authorize to share to fulfill your order, such as your name, email address, and billing and shipping addresses. Apps that use Apple Pay must have a privacy policy that you can view, which keeps you in control of your data.

Samsung Pay is much more limited than Google Pay and Apple Pay. This electronic wallet is compatible with select Samsung Android mobile devices, including Gear S2 Sport and Gear S2 Classic watches plus Samsung phones updated to Android 5.0 or higher with the latest version of Samsung Gear installed. Visit Samsung online for the latest list of compatible phones.

When you use this electronic wallet, you can add any qualifying Visa, MasterCard or American Express credit cards. Additionally, more than 650 banks and credit unions support Samsung Pay. You can add gift cards and loyalty cards, helping you more easily manage and use them. If a card has a barcode located on it, it can be stored on Samsung’s electronic wallet.

When you make a purchase using Samsung Pay, you access the card you wish to use on the app, validate your purchase and place your phone near the card reader. Additionally, you can pay for online purchases by using Samsung Pay and then verifying the purchase with your fingerprint.

One advantage of Samsung Pay is it works with most card readers. It uses both NFC technology and magnetic secure transmission (MST) technology. MST technology emits a magnetic signal that acts like magnetic strip that you find on most credit cards. This allows you to use this electronic wallet at more terminals than some similar applications.

When it comes to the security of Samsung Pay, numerous security measures are in place. You must verify every purchase with your fingerprint or by entering a PIN. Additionally, your credit card number is never used for transactions. Instead, a random set of numbers is transmitted.

If you fear storing all your credit card information on your phone, you may be comforted to know that Samsung says all account information is encrypted and stored in a data vault.